The Coming of the Martians

The Eve of the War

No one would have believed in the last years of the nineteenth century that this world was being watched keenly and closely by intelligences greater than man’s and yet as mortal as his own; that as men busied themselves about their various concerns they were scrutinised and studied, perhaps almost as narrowly as a man with a microscope might scrutinise the transient creatures that swarm and multiply in a drop of water.

With infinite complacency men went to and fro over this globe about their little affairs, serene in their assurance of their empire over matter.

With infinite complacency men went to and fro over this globe about their little affairs, serene in their assurance of their empire over matter. It is possible that the infusoria under the microscope do the same. No one gave a thought to the older worlds of space as sources of human danger, or thought of them only to dismiss the idea of life upon them as impossible or improbable. It is curious to recall some of the mental habits of those departed days. At most terrestrial men fancied there might be other men upon Mars, perhaps inferior to themselves and ready to welcome a missionary enterprise. Yet across the gulf of space, minds that are to our minds as ours are to those of the beasts that perish, intellects vast and cool and unsympathetic, regarded this earth with envious eyes, and slowly and surely drew their plans against us. And early in the twentieth century came the great disillusionment. 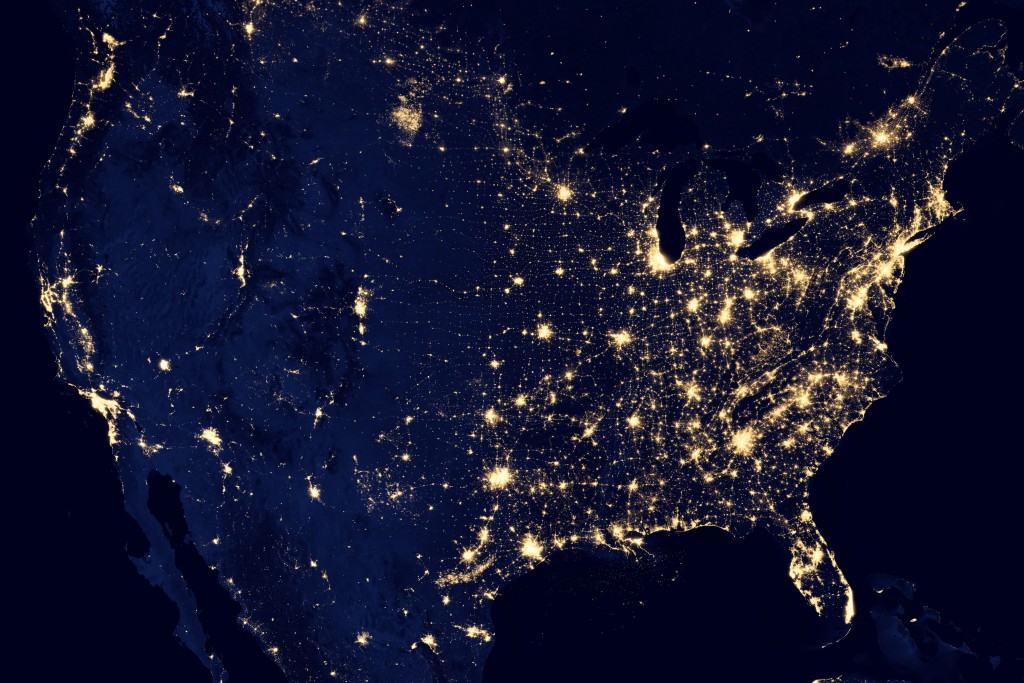 An extract from War of the Worlds by H.G. Wells (photo from unsplash.com).

The planet Mars, I scarcely need remind the reader, revolves about the sun at a mean distance of 140,000,000 miles, and the light and heat it receives from the sun is barely half of that received by this world. It must be, if the nebular hypothesis has any truth, older than our world; and long before this earth ceased to be molten, life upon its surface must have begun its course. The fact that it is scarcely one seventh of the volume of the earth must have accelerated its cooling to the temperature at which life could begin. It has air and water and all that is necessary for the support of animated existence.

Yet so vain is man, and so blinded by his vanity, that no writer, up to the very end of the nineteenth century, expressed any idea that intelligent life might have developed there far, or indeed at all, beyond its earthly level. Nor was it generally understood that since Mars is older than our earth, with scarcely a quarter of the superficial area and remoter from the sun, it necessarily follows that it is not only more distant from time’s beginning but nearer its end.

The secular cooling that must someday overtake our planet has already gone far indeed with our neighbour. Its physical condition is still largely a mystery, but we know now that even in its equatorial region the midday temperature barely approaches that of our coldest winter. Its air is much more attenuated than ours, its oceans have shrunk until they cover but a third of its surface, and as its slow seasons change huge snowcaps gather and melt about either pole and periodically inundate its temperate zones. That last stage of exhaustion, which to us is still incredibly remote, has become a present-day problem for the inhabitants of Mars. The immediate pressure of necessity has brightened their intellects, enlarged their powers, and hardened their hearts. And looking across space with instruments, and intelligences such as we have scarcely dreamed of, they see, at its nearest distance only 35,000,000 of miles sunward of them, a morning star of hope, our own warmer planet, green with vegetation and grey with water, with a cloudy atmosphere eloquent of fertility, with glimpses through its drifting cloud wisps of broad stretches of populous country and narrow, navy-crowded seas.

And we men, the creatures who inhabit this earth, must be to them at least as alien and lowly as are the monkeys and lemurs to us. The intellectual side of man already admits that life is an incessant struggle for existence, and it would seem that this too is the belief of the minds upon Mars. Their world is far gone in its cooling and this world is still crowded with life, but crowded only with what they regard as inferior animals. To carry warfare sunward is, indeed, their only escape from the destruction that, generation after generation, creeps upon them.

And before we judge of them too harshly we must remember what ruthless and utter destruction our own species has wrought, not only upon animals, such as the vanished bison and the dodo, but upon its inferior races. The Tasmanians, in spite of their human likeness, were entirely swept out of existence in a war of extermination waged by European immigrants, in the space of fifty years. Are we such apostles of mercy as to complain if the Martians warred in the same spirit?

The Martians seem to have calculated their descent with amazing subtlety–their mathematical learning is evidently far in excess of ours–and to have carried out their preparations with a well-nigh perfect unanimity. Had our instruments permitted it, we might have seen the gathering trouble far back in the nineteenth century. Men like Schiaparelli watched the red planet–it is odd, by-the-bye, that for countless centuries Mars has been the star of war–but failed to interpret the fluctuating appearances of the markings they mapped so well. All that time the Martians must have been getting ready.

During the opposition of 1894 a great light was seen on the illuminated part of the disk, first at the Lick Observatory, then by Perrotin of Nice, and then by other observers. English readers heard of it first in the issue of Nature dated August 2. I am inclined to think that this blaze may have been the casting of the huge gun, in the vast pit sunk into their planet, from which their shots were fired at us. Peculiar markings, as yet unexplained, were seen near the site of that outbreak during the next two oppositions.

The storm burst upon us six years ago now. As Mars approached opposition, Lavelle of Java set the wires of the astronomical exchange palpitating with the amazing intelligence of a huge outbreak of incandescent gas upon the planet. It had occurred towards midnight of the twelfth; and the spectroscope, to which he had at once resorted, indicated a mass of flaming gas, chiefly hydrogen, moving with an enormous velocity towards this earth. This jet of fire had become invisible about a quarter past twelve. He compared it to a colossal puff of flame suddenly and violently squirted out of the planet, “as flaming gases rushed out of a gun.”

A singularly appropriate phrase it proved. Yet the next day there was nothing of this in the papers except a little note in the Daily Telegraph, and the world went in ignorance of one of the gravest dangers that ever threatened the human race. I might not have heard of the eruption at all had I not met Ogilvy, the well-known astronomer, at Ottershaw. He was immensely excited at the news, and in the excess of his feelings invited me up to take a turn with him that night in a scrutiny of the red planet.

In spite of all that has happened since, I still remember that vigil very distinctly: the black and silent observatory, the shadowed lantern throwing a feeble glow upon the floor in the corner, the steady ticking of the clockwork of the telescope, the little slit in the roof–an oblong profundity with the stardust streaked across it. Ogilvy moved about, invisible but audible. Looking through the telescope, one saw a circle of deep blue and the little round planet swimming in the field. It seemed such a little thing, so bright and small and still, faintly marked with transverse stripes, and slightly flattened from the perfect round. But so little it was, so silvery warm–a pin’s-head of light! It was as if it quivered, but really this was the telescope vibrating with the activity of the clockwork that kept the planet in view.