The strange driver evidently heard the words, for he looked up with a gleaming smile. The passenger turned his face away, at the same time putting out his two fingers and crossing himself. “Give me the Herr’s luggage,” said the driver; and with exceeding alacrity my bags were handed out and put in the calèche. Then I descended from the side of the coach, as the calèche was close alongside, the driver helping me with a hand which caught my arm in a grip of steel; his strength must have been prodigious. Without a word he shook his reins, the horses turned, and we swept into the darkness of the Pass. As I looked back I saw the steam from the horses of the coach by the light of the lamps, and projected against it the figures of my late companions crossing themselves. Then the driver cracked his whip and called to his horses, and off they swept on their way to Bukovina. As they sank into the darkness I felt a strange chill, and a lonely feeling came over me; but a cloak was thrown over my shoulders, and a rug across my knees, and the driver said in excellent German:—

“The night is chill, mein Herr, and my master the Count bade me take all care of you. There is a flask of slivovitz (the plum brandy of the country) underneath the seat, if you should require it.” I did not take any, but it was a comfort to know it was there all the same. I felt a little strangely, and not a little frightened. I think had there been any alternative I should have taken it, instead of prosecuting that unknown night journey. The carriage went at a hard pace straight along, then we made a complete turn and went along another straight road. It seemed to me that we were simply going over and over the same ground again; and so I took note of some salient point, and found that this was so. I would have liked to have asked the driver what this all meant, but I really feared to do so, for I thought that, placed as I was, any protest would have had no effect in case there had been an intention to delay. By-and-by, however, as I was curious to know how time was passing, I struck a match, and by its flame looked at my watch; it was within a few minutes of midnight. This gave me a sort of shock, for I suppose the general superstition about midnight was increased by my recent experiences. I waited with a sick feeling of suspense. 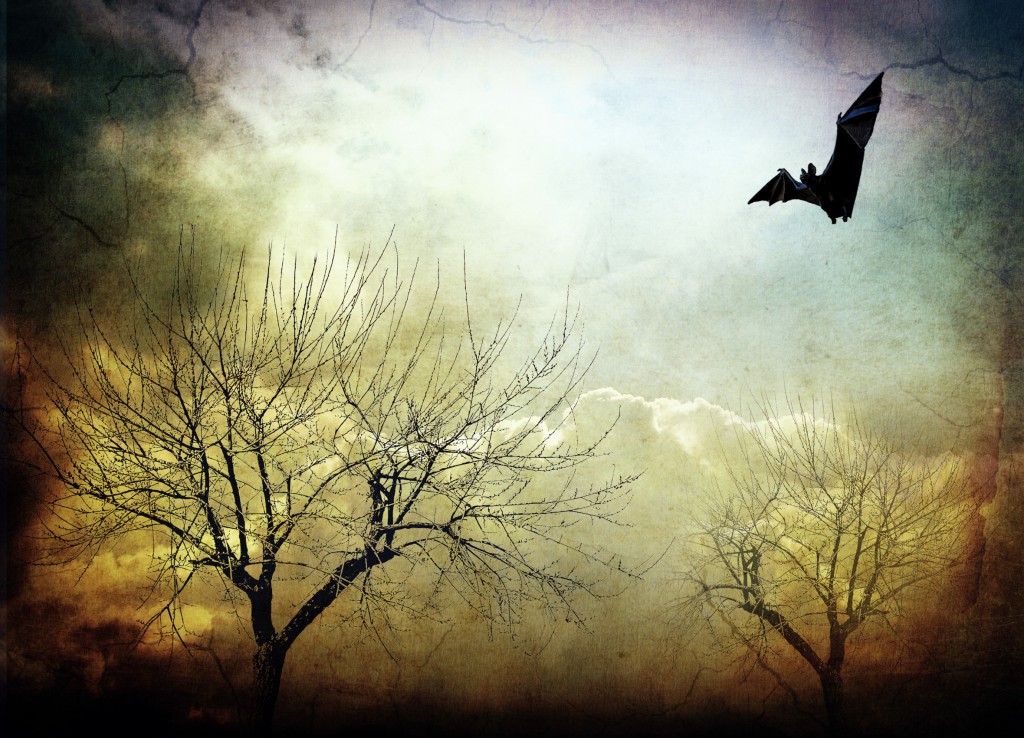 Then a dog began to howl somewhere in a farmhouse far down the road—a long, agonised wailing, as if from fear. The sound was taken up by another dog, and then another and another, till, borne on the wind which now sighed softly through the Pass, a wild howling began, which seemed to come from all over the country, as far as the imagination could grasp it through the gloom of the night. At the first howl the horses began to strain and rear, but the driver spoke to them soothingly, and they quieted down, but shivered and sweated as though after a runaway from sudden fright. Then, far off in the distance, from the mountains on each side of us began a louder and a sharper howling—that of wolves—which affected both the horses and myself in the same way—for I was minded to jump from the calèche and run, whilst they reared again and plunged madly, so that the driver had to use all his great strength to keep them from bolting. In a few minutes, however, my own ears got accustomed to the sound, and the horses so far became quiet that the driver was able to descend and to stand before them.

He petted and soothed them, and whispered something in their ears, as I have heard of horse-tamers doing, and with extraordinary effect, for under his caresses they became quite manageable again, though they still trembled. The driver again took his seat, and shaking his reins, started off at a great pace. This time, after going to the far side of the Pass, he suddenly turned down a narrow roadway which ran sharply to the right.

Soon we were hemmed in with trees, which in places arched right over the roadway till we passed as through a tunnel; and again great frowning rocks guarded us boldly on either side. Though we were in shelter, we could hear the rising wind, for it moaned and whistled through the rocks, and the branches of the trees crashed together as we swept along. It grew colder and colder still, and fine, powdery snow began to fall, so that soon we and all around us were covered with a white blanket. The keen wind still carried the howling of the dogs, though this grew fainter as we went on our way. The baying of the wolves sounded nearer and nearer, as though they were closing round on us from every side. I grew dreadfully afraid, and the horses shared my fear. The driver, however, was not in the least disturbed; he kept turning his head to left and right, but I could not see anything through the darkness.

Suddenly, away on our left, I saw a faint flickering blue flame.

Suddenly, away on our left, I saw a faint flickering blue flame. The driver saw it at the same moment; he at once checked the horses, and, jumping to the ground, disappeared into the darkness. I did not know what to do, the less as the howling of the wolves grew closer; but while I wondered the driver suddenly appeared again, and without a word took his seat, and we resumed our journey. I think I must have fallen asleep and kept dreaming of the incident, for it seemed to be repeated endlessly, and now looking back, it is like a sort of awful nightmare. Once the flame appeared so near the road, that even in the darkness around us I could watch the driver’s motions. He went rapidly to where the blue flame arose—it must have been very faint, for it did not seem to illumine the place around it at all—and gathering a few stones, formed them into some device. Once there appeared a strange optical effect: when he stood between me and the flame he did not obstruct it, for I could see its ghostly flicker all the same. This startled me, but as the effect was only momentary, I took it that my eyes deceived me straining through the darkness. Then for a time there were no blue flames, and we sped onwards through the gloom, with the howling of the wolves around us, as though they were following in a moving circle.

At last there came a time when the driver went further afield than he had yet gone, and during his absence, the horses began to tremble worse than ever and to snort and scream with fright. I could not see any cause for it, for the howling of the wolves had ceased altogether; but just then the moon, sailing through the black clouds, appeared behind the jagged crest of a beetling, pine-clad rock, and by its light I saw around us a ring of wolves, with white teeth and lolling red tongues, with long, sinewy limbs and shaggy hair. They were a hundred times more terrible in the grim silence which held them than even when they howled. For myself, I felt a sort of paralysis of fear. It is only when a man feels himself face to face with such horrors that he can understand their true import.

All at once the wolves began to howl as though the moonlight had had some peculiar effect on them. The horses jumped about and reared, and looked helplessly round with eyes that rolled in a way painful to see; but the living ring of terror encompassed them on every side; and they had perforce to remain within it. I called to the coachman to come, for it seemed to me that our only chance was to try to break out through the ring and to aid his approach. I shouted and beat the side of the calèche, hoping by the noise to scare the wolves from that side, so as to give him a chance of reaching the trap. How he came there, I know not, but I heard his voice raised in a tone of imperious command, and looking towards the sound, saw him stand in the roadway. As he swept his long arms, as though brushing aside some impalpable obstacle, the wolves fell back and back further still. Just then a heavy cloud passed across the face of the moon, so that we were again in darkness.

When I could see again the driver was climbing into the calèche, and the wolves had disappeared. This was all so strange and uncanny that a dreadful fear came upon me, and I was afraid to speak or move. The time seemed interminable as we swept on our way, now in almost complete darkness, for the rolling clouds obscured the moon. We kept on ascending, with occasional periods of quick descent, but in the main always ascending. Suddenly, I became conscious of the fact that the driver was in the act of pulling up the horses in the courtyard of a vast ruined castle, from whose tall black windows came no ray of light, and whose broken battlements showed a jagged line against the moonlit sky.